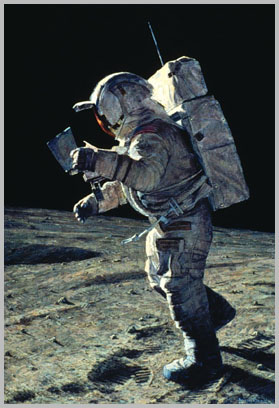 The film includes conversations with Hawken, Robbins, Chopra, Shiva, Mitchell as prominent thinkers. What this set of people did not realize is that it featured some other “thinkers” with radically different politics and pseudo-science beliefs.

After seeing it the group realized they all have “grave disagreements” with some parts of the film.

They issued a joint statement on April 10 denouncing the film :

“We are dismayed that our participation is being used to give credibility to ideas and agendas that we see as dangerously misguided.

“We stand by what each of us said when we were interviewed. But we have grave disagreements with some of the film’s content and feel the need to make this public statement to avoid the appearance that our presence in the film constitutes any kind of endorsement.”

Gamble allegedly mislead some of them into appearing in the film which features a Holocaust Denier and a fellow who believes the world is run by “Reptilians” (I simply don’t have sufficient imagination to make that up).

Paul Hawken and Elisabet Sahtouris said Foster Gamble “misrepresented the film” when he asked them to participate.

What does this have to do with HOPE?

Well, Paul Hawken, Robbins, Chopra, Shiva, and Astronaut Mitchell are not the only ones mislead by Foster Gamble.

When HOPE was leading the battle to stop the aerial spraying of secret untested pesticides, Gamble and Danny Sheehan told us a “Fish Story” to get two of HOPE’s leaders to drive to Santa Cruz several times to help them get a group (subsequently called CASS) started.

We advised them on a large number of topics, but never received any of the promised donations for our considerable time and expertise – or even any thanks. We wrote that off to experience.

However, when serious complaints about harmful acts began pouring in from Santa Cruz activists – we decided to put a notice on our web page disavowing any connection between HOPE and CASS or Foster Gamble. This is the notice —

“Warning — HOPE is particularly wary of a group in Santa Cruz called “California Alliance to Stop the Spray” or “CASS” and its de-facto director Foster Gamble. While they claim to be working to halt aerial spraying (HOPE attended their startup meeting), and they have contributed some positive efforts, in our opinion CASS seems to spend huge amounts of other people’s time, energy and resources which discourages people who are working effectively to halt the spraying.

Stunningly, “CASS opposed a bill that would have let people vote to halt spraying.

HOPE wasted much valuable time and effort taking his threat seriously. We decided we could withstand such a lawsuit and more importantly should fight it because of the discouraging and harmful effects on individual people’s willingness to participate to fight bad government decisions.

Gamble’s threat turned out to be just like his efforts on the Aerial Spraying – empty. He never followed through on his threat, perhaps because he did not want the truth out in public about his widespread interference with people trying to stop the spraying.

Elisabet Sahtouris is an evolutionary biologist and philosopher
Duane Elgin is a futurist and author of Voluntary Simplicity.