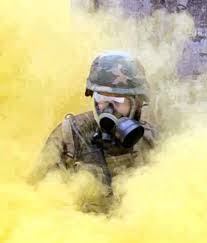 Nerve Gas Methyl Iodide Sales Halted in US - for Now

Tokyo based Pesticide manufacturer Arysta pulled their Methyl-Iodide nerve gas called “Midas” from the US Market.

While nerve gas is illegal to use in warfare, the US-EPA and California’s EPA (Department of Pesticide Regulation) both approved it.

1) California EPA’s own scientists warned against approving the gas.

2) In October 2007, more than 50 scientists, including six Nobel Laureates, wrote to U.S. EPA opposing the approval of methyl iodide

California’s Department of Pesticide Regulation approved Methyl Iodide in the final moments of the Arnold Schwarzenegger administration falsely claiming it was needed for “Emergency” purposes.

Locally, Gary Karnes and Assemblyman Bill Monning held a large conference in Salinas to debate the use of this nerve gas.

The lawsuit on the use of the chemical will continue.

Arysta has not asked to have its US-EPA approval revoked, because they may bring the nerve gas / pesticide back in the future. In the meantime, Arysta intends to sell their Methyl-Iodide nerve gas in other countries.

PS I have long maintained that “EPA” means “Environmental Protection by Autopsy.”