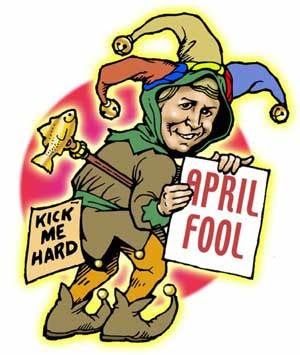 Sadly, This article is not an April Fools Joke

Pacific Grove City Council voted last night (April 18, 2012) to become a water agency for the Monterey Peninsula and set aside its own issues. (Early in the meeting the Council actually continued 3 important items to the next meeting to act on this instead.)

Becoming a Water Agency to build a Desalination plant for 100,000 people will make the City of Pacific Grove taxpayers responsible for some 128 – 160 million dollars in bonds to pay for a water project at Moss Landing — some 15 miles from its city boundaries. (That’s if there are no cost overruns.)

The project is proposed by the controversial Nader Agha doing business as Desal-America.

Pacific Grove has a yearly budget of about $16 million dollars.

Led by the Public Relations firm Brickman Marketing, a flood of people (almost all non-residents of Pacific Grove) lined up plead with the Council to “have courage” and approve the deal – because of the looming deadline where “our water will be cut-off in 2016 (which is false).”

Nader Agha promised the City will “own” the project, it “won’t cost the city a dime,” “you can back out at any time” – and “I’ll give you a check for $50,000 tonight.” (Agha needs a government agency to “own” his project because of a County law requiring public ownership of desalination projects.)

Few Pacific Grove residents realized their Council was on the verge of approving by far, the most expensive city project ever, at least 10 times the cost of any other city project to date.

The one-page “staff report” that included no information about the hundred million dollar project was placed on the agenda by Councilman Miller and written by Councilman Rudy Fisher.

With that the Council had a short debate and voted 6-1 to prepare an agreement.

Only Councilman Robert Huitt voted solidly against it.

Advocating strongly for the project were Councilman Dan Miller (“the city can make a profit doing this”), Rudy Fisher and Ken Cuneo. They were joined by Bill Kampe, Alan Cohen and Mayor Carmelita Garcia

Questions brushed aside by the Council included:

Why did other cities and agencies (such as Monterey) reject this idea?

If the City will own the project – what will it own and when?

Will the city own the land for the project?
If so – when?

Will our water be cut off sharply in 2016? or are we supposed to ramp down our water use?

(Answer – the water allowed for use will ramp down to some 3,300 acre feet from the Carmel River over the course of some 8 years – ending in about 2022. There is no cutoff date or water cutoff threat as developers would have you believe.)

How much water does the Peninsula need to solve our illegal water problem?

(Answer – less than 4,000 acre feet per year when combined with the other supplements our Water District is making including the Injection and Recovery system that has already produced some 3,000 acre feet of water – just beyond Seaside in Fort Ord.)

How much water will the project provide?

What technology will be used?

Who will operate it?

Who will get to vote on it?
(Answer: Only Pacific Grove voters.)

Aren’t Cities prohibited from making a profit on government services?

How much financial risk will this force on the city?

How is there no financial risk to the city for a hundred million dollar project?

Will the City get a Bond paid for by the developer to cover the 160 million – plus cost overruns?

1. It is one thing to say that Desal America will be liable for all costs, but will Mr. Agha guarantee Desal America?

2. It is one thing to say that Desal America is soley responsible for all costs, but Pacific Grove will be forced to enter contracts with third parties and other governmental agencies for which it will be directly responsible. How will this be made fool proof?

3. The resolution says that the city will not provide any services unless the money is paid up front. Did Desal America deposit monies for Weds hearing before the council?

4 Has the cities insurance carrier been consulted about this arrangement? To what end?

5. If Desal America obtains a loan or loans against the real property involved, will Pacific Grove have a prior secured position in front of the lender?

6. If Mr. Laredo has a disqualifying conflict of interest (he represents the water district), has other Water counsel and Public Law counsel been engaged?

The Council and public did get a vague affirmative answer to one question. City Attorney Laredo said there are some ways the City could run a for-profit business.

Commentary: Does this project Pass the Laugh Test?

Ostrich Council, Grasping at Straws: If Pacific Grove City Council won’t even try to fix its own financial mess (78 million dollar debt to CAL-Pers) – how can they responsibly take on a project costing some 10 times its annual budget.

Public Taken By Surprise: Here is the entire staff report to the Council for this colossal project. it consists of about six paragraphs – with no evidence or materials about the project, not a word of analysis or discussion of the financial risk. All it says about the financial risk to the city is “unknown.”

Nader Agha has had a controversial tenure as a Peninsula developer – yet three City Council members new to town (Fisher, Cuneo, Kampe) were ready to accept every claim he made – without any evidence.

Agha paid a Public Relations firm to make a heartstring-tugging video showing children to sell his project. He calls it a “sustainable” project and a “green” project.

Right. Development is always sustainable. Not.

For those who aren’t aware of the overwhelmingly powerful ways Public Relations companies can twist public opinion upside down – please review the small and highly entertaining book “Toxic Sludge is Good For You.” The book’s subtitle is “Lies, Damn Lies and the Public Relations Industry.
(by John Stauber and Sheldon Rampton)

Don’t forget – the project is at least 15 miles from Pacific Grove’s City limits – way out in Moss Landing.

Check the date on this article.
It is NOT an April fools joke. This actually occurred.

The following is the entire text of information available to the Pacific Grove residents — before the Council acted on this :
————-
DISCUSSION
Water covers more than 70% of the earth’s surface, though only about 2.5% of it is fresh water. Unfortunately, 2/3rds of even that is locked up in the polar ice caps. Fresh water in lakes, rivers, and streams account for only six thousandths of one percent of the world’s total water. Pacific Grove obtains most of it’s water from a distribution system operated by California American Water Company (Cal Am).

Cal Am acquires 80% of the water it distributes to it’s customers from the Carmel River. Unfortunately the State of California’s State Water Resources Control Board has issued a Cease and Desist order (Order 09-060 and Order 95-10), which requires California American Water Company to reduce it draw on this river from 8,500 acre feet per year to 3,376 acre feet per year by the end of 2016.

This 60% reduction in water must be made up for is some other manner; one option that can significantly help alleviate this need being a desalinization plant. The Monterey County Board of Supervisors has mandated that any such water projects must be managed by a public agency.

FISCAL IMPACT
Unknown.
Normally such a project would cost in the hundreds of millions of dollars and be beyond the ability of a city such as Pacific Grove. The City has an offer from Desal America to assist it at all stages of the process and pay any and all costs involved; and assist the City in raising the funds necessary to build and – eventually – own this facility.

Once built, however, such a facility could be sold for substantial sums of money, leased out on an ongoing basis, or operated in a profitable manner that could provide substantial revenue to the City every year.

1 Response to Water Wars: Pacific Grove Council Votes to be a Water Agency